Ian became a keen birdwatcher as a schoolboy in Ireland in the1960s. Fond memories of that time include wildfowl and wader surveys in Dublin and Wicklow, sea-watches in Donegal and a spell as a volunteer warder at the RSPB Minsmere reserve in Suffolk in eastern England.

As a Zoology graduate of Trinity College Dublin, he came to Australia in 1971 and did a Ph.D. in animal behaviour at Sydney University. Then followed a career in information systems until, in 1993, he got the opportunity to combine zoology and computing in fisheries modelling and stock assessment.

Early attempts at capturing birds on film in Ireland were constrained by inadequate equipment. In 1988, Ian bought his first single-lens reflex (SLR) camera, a Canon T70, with an 80 - 300mm zoom lens and became seriously interested in bird photography.

He moved to digital photography 2001 in the form of "digiscoping" using a Nikon Coolpix 990 and a Leica apochromatic spotting scope.

In 2003, Ian took early retirement from James Cook University in Townsville, North Queensland, where he still lives to concentrate on bird photography. 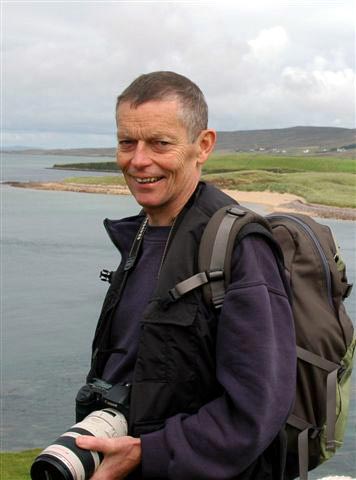 He now uses Canon digital SLRs and Canon L-series lenses including the 100-400mm zoom in the photograph above, taken on holidays in the West of Ireland in 2005, and a 500mm lens. 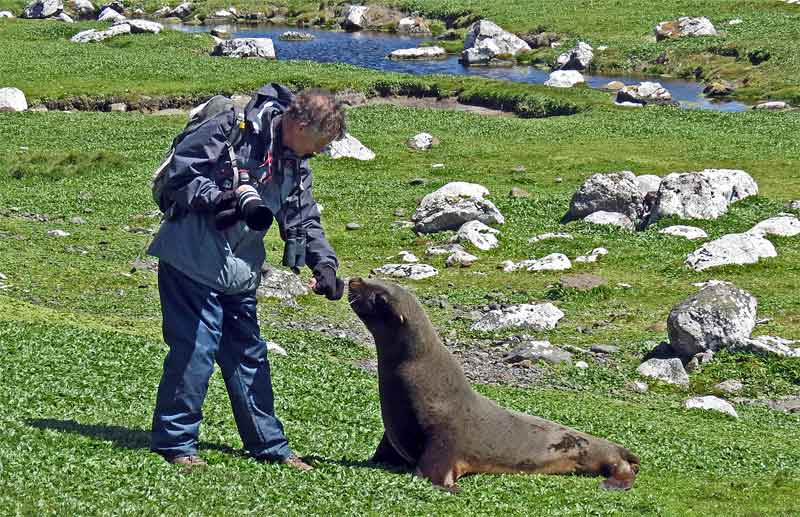 Since retiring, he has travelled widely in search of interesting birds. In this photo he is making friends with an erstwhile aggressive sea-lion on Enderby Island, one of the Auckland Islands south of New Zealand. 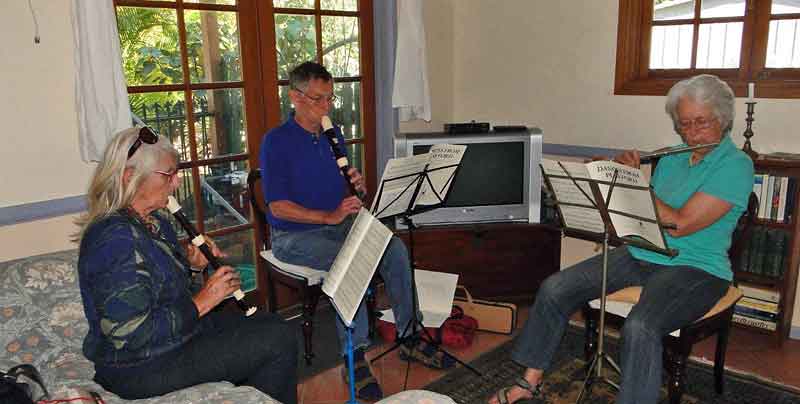 When not involved with bird photography and the website, he plays recorders and whistles with friends and in an Irish group in Townsville called Jig N Reel and a social group called 4th Sunday Music which plays tradition Australian tunes. Here is playing at home with eminent Townville artist Anneke Silver (left) and Jo Wieneke (right) original author of Where to Find Birds in Northern Queensland.